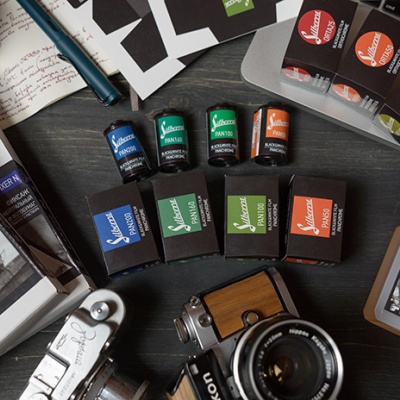 Still wish to know more about Silberra? Here is full background on us!

We’ve decided to issue this update in response to the questions and hesitations we’ve encountered during the first week of the campaign at Indiegogo. That’s really a long-read text which gives you full background on Silberra, our plans and more.

First. let us tell a bit more about Silberra’s background. We’ve been producing the chemicals since 2009, that’s right. For the moment we have more developers to offer than any manufacturer in the world; we also have quite many unique developers, never available before. Besides we run one of the eldest on-line stores here in Russia: FotoApteka (d-76.ru), and we´re official distributor of Foma Bohemia here in Russia and official dealer of Ilford. And we also run off-line serious photography school, one of Top-3 in Saint-Petersburg (spb.artphotoschool.ru). That’s the only school in St-Petersburg which offers 2,5 years long professional photography course. So, we have quite a history in background and we do a lot to promote photography itself.

With all that we HAD to think about our own film production. And we had to think about coming at the worldwide market. That´s why this spring we decided to create Silberra. We thought it should be the brand name for our chemicals, but as the name was derived from German word “Silber” which is “Silver” in English, you can certainly say that we were up to the film production by that moment.

To tell the truth, that film manufacturing story started at February 2017. That was the month we visited Micron, one of the eldest labs here in Russia, with more than 80 years of experience in synthesis and coating of emulsions. They are not playing at mass market, but they do coat some holographic and copy films for various companies, and they have all the technology for coating orthochromatic, isochromatic and panchromatic films. Moreover, they have coating machine. Not the most sophisticated one, but still functioning. That’s why we decided to try engineering orthochromatic emulsion for still photography at Micron lab – when you have skilled professionals and coating machine, you have a good start.

First coatings of ORTA were real problematic: emulsion was going off the substrate, as ISO80 sensitivity gives new qualities to the emulsion (e.g. viscosity is completely different) so Micron had to find right adhesive and hardening component dilution to provide both nice emulsion quality and good adhesive properties. Now that problem is solved, and you can see some ORTA80 and ORTA50 shots on our IG account. ORTA film has some slight flaws in emulsion layer, but that’s not a major issue and easy to overcome. Through these months we’ve been studying ourselves. Coating process, emulsion synthesis, chemistry – that’s the things you must know to communicate with the specialists. With chemicals manufacturing in background it was still a challenging task. We keep learning a lot and we will go on learning for years – that’s the process one can never stop.

Besides, by lucky coincidence, we found an option to get nice panchromatic which was derived from Agfa surveillance film. Engineering such an emulsion and manufacturing that film on our own was too much for us, it costs even more than we’re trying to raise at Indiegogo. But we found the company here in Russia which is buying lots of special film in bulk for their own needs and we managed to have subcontract with them (sorry, folks, NDA prevents more details here). Such a move provided us good film at very reasonable price. That’s how Silberra PAN film was born. With all the inherited qualities of original surveillance film it gives you very nice tonal range and provides high resolution image, with lower contrast and wider dynamic range when compared to the ancestor. We fell in love with that stock and decided that we must make it available for mass market.

To test it at local market we had to find good bulk loader, recycled film cartridges, stickers for the cartridges and plastic cans to pack the film. Plus, we had to design all the stuff to make it really good looking product. Bulk loader is easily accessible, and recycled film cartridges ain’t that hard to get. But as for the rest… When there is not a single retail film manufacturing facility in the country, these tasks weren’t that easy. But as you can see, we solved those riddles too. Now it’s time to transfer our manufacturing from hand rolling to full scale. And here we’re, trying to get enough funds for that challenge. There are several options to do it, where one is a contract with one of the manufacturers who already has packaging line ready, the other one is to create small semi-automated packaging machinery here at Micron. Even having a coating machine at our disposal there still are some difficulties to create new mass market product, but we do know every option we have, and we’ll be able to choose one or another in accordance with the sum we’ll be able to raise through our crowdfunding campaign.

Reaching the goal will allow us to speed up Silberra development in several ways.

First, we’ll be able to buy the components we need to upgrade coating machine at Micron: we need to fix minor faults at the rolls (some of them need to be replaced, and producing those metal rolls with high class surface finishing costs almost 1000 USD per roll), we need to enlarge the length of the coating field for better drying of the film, we need to buy some control equipment to enhance coating quality.

These two steps will make us able to produce high quality master rolls of ORTHA80 and ORTHA50 film.

As for the PAN series there are at least two options mentioned above: depending on the acquired sum we’ll be able either to create our own packaging line here at Micron, or to subcontract one of the manufacturers who offer that packaging service. Both ways ain’t that cheap for us to make it happen on our own, that’s why we need help from the backers. The film itself is ready, but we’ll need to buy it in master-rolls for sub-contract scheme of packaging, or we’ll need to create machinery here to process packaging in small batches. We do know how to manage both options in details.

We also must go on with R&D, and we need to pay for scientific work too: we have to engineer Isochromatic and our own Panchromatic emulsions, and it takes quite a number of components to waste for unsuccessful experiments and lots of hours of work to make the experiments successful ones. Scientists are very enthusiastic persons, but they need salary too.

We have several offers from different distributors already, so we’ll make sure the film is available as soon as we have enough stock. We’re going to open international on-line store too, as we have quite an assortment to offer except films: developers, fixers, photo paper and some more items for analog photography. That’s also one of the plans B in case we won’t reach the goal: we’ll go on with hand rolling and semi-automated rolling, providing the film not only to the backers but for sale also. Anyway, you’ll surely be able to find some Silberra film available worldwide in 2018th. Would it be soon or later through the year – that’s up to the extent of the funding we get.

The only thing we’d like to add today, is that we’ll do everything possible to fulfill the promises made. We do know the price of the trust, and we won’t let you down. We won’t waste a cent out of your money for nothing or for ethereal R&D, that’s not the way. R&D will go on when we’ll be sure that we’re able to comply with the goals. We’re not one-start-up-company which is able to disappear, we have a lot more than just an idea and desire to get some money. We’re open, and we’ll keep telling you about our progress. Thank you for your support, folks. That’s vital for us to know that we’re doing the things you like.